the Venetian Macao on August 28, 2007, under the much-anticipated grand opening, is the company’s first large-scale integrated resorts in cotai strip project, after the opening quickly became the passengers will be the landmark of the tourist destination, opens up a new world for the development of the cotai strip. Today, the Venetian Macao still attract tens of millions of tourists from around the world each year.

Las Vegas sands and sands China co., LTD., chairman and chief executive of xiao deng? Mr Adelson has years ago with the vision of the cotai strip, is committed to the success of the comprehensive introduction of Macao resort business model, create the Venetian Macao, expect to assist the cotai development become a world-class business and leisure and family travel destination. At that time a lot of people think this is risky, but time proves Mr Adelson’s vision. Ten years later, the Venetian Macao and Macao cadbury palace & trade; , sands city & reg; And Macao parisians & reg; Three sisters resorts are interconnected to large-scale integrated resort in cotai, ten years, attracting nearly 500 million passengers.

based on the success of the Venetian Macao and sands China will, as always, committed to provide diversified facilities and services to visitors, including nearly 13000 hotel rooms and suites, more than 140 dining options, Asia’s top convention and exhibition venues, more than 850 duty-free shopping stores, and international star entertainment, etc., actively cooperate with the Macao SAR government policies to promote the development of tourism and economic diversity, continue to make great contribution to build the macau to become the world tourism leisure center.

Mr Adelson said: & other; The Venetian Macao has a special important position in my mind. Originally in Las Vegas to build the city of Venice, derived from the inspiration of my lady Mary Ann idea; The Venetian Macao officially opened in 2007, has marked the cotai strip of my vision make important first step. For entrepreneurs, there is nothing more fulfilling than vision come true. For me personally, the Venetian Macao is representing the vision to be able to successfully implement. My heartfelt thanks to all who have vision for the effort of all people, and very pleased ten years later we still have the solid support from all walks of life. Throughout the &;

sands China co., LTD., President of ying-wei wang, “said Dr & other; Our special thanks to the Macao SAR government and social celebrities and fellow team members all over the world for many years support to our group. Venetian Macao annals celebrates its 10th anniversary, the sands China, team members and Australia’s society is an important milestone. Sands China is a great pleasure to fundamental Australia, steady development, for the vibrant community service. We look forward to continue to grow up together with macau, under the guidance of the Macao SAR government, continued to build macau as contributions to the world tourism leisure center. Throughout the &;

the tenth anniversary of the Macao Venetian neco held activities scheduled for August 28, due to the typhoon & other; Day pigeon & throughout; In Australia, in order to the community reconstruction, celebrations and postponed; Sands China and Australia in the SAR government under the leadership of the from all walks of life together, hand in hand together with cyclone aftermath, with the community from all walks of life have gradually recover, then restart the Venetian Macao, marking the 10th anniversary celebration. 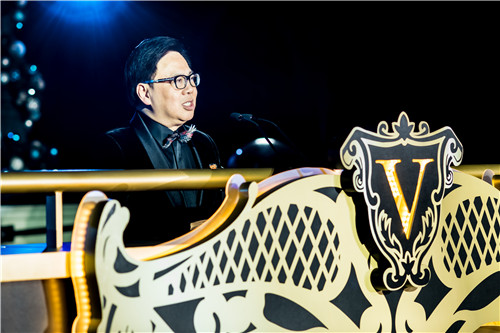 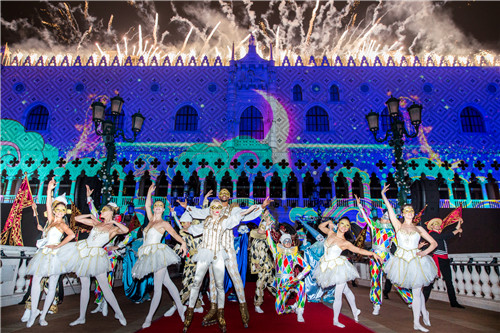 a Monday, all the dancers held in Macao Venetian outdoor artificial lake on the 10th anniversary of performance. 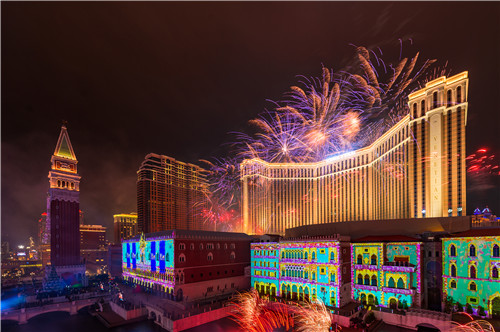